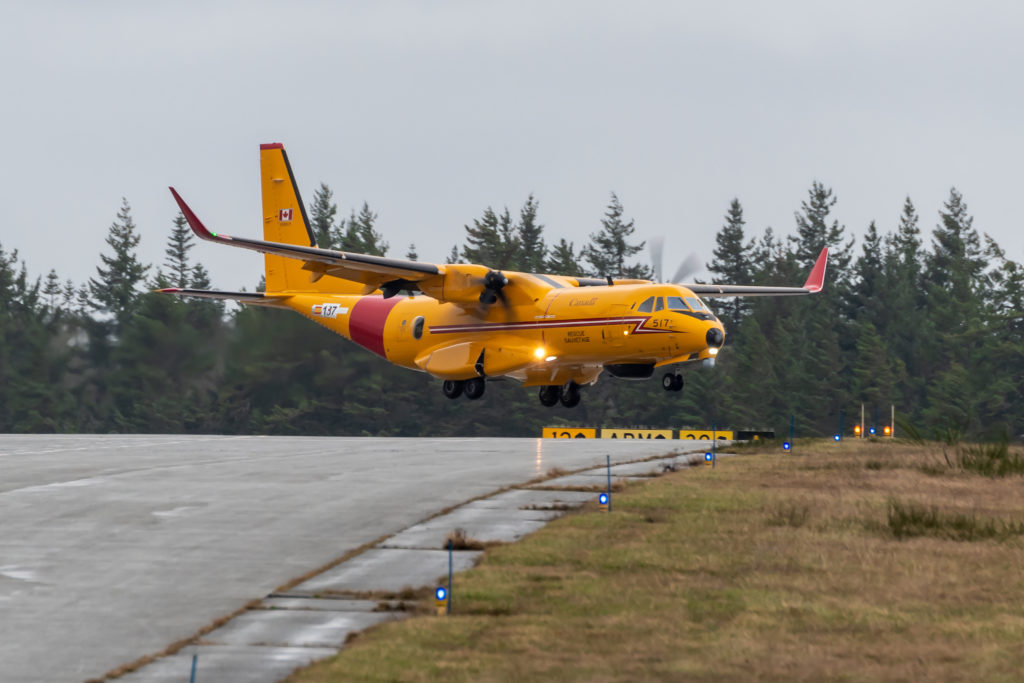 Congratulations to the Aitech Israel BU on working with Airbus on the CC-295 Aircraft in using the A191 GPGPU AMC.
The first of the 16 FWSAR Kingfisher aircraft is now operational and arrived a few days ago at its new home base at the Royal Canadian Air Force 19th Wing in Comox.

Though the Department of National Defence has yet to make an official announcement, a spokesperson confirmed the arrival of the CC-295 aircraft at its home base on Vancouver Island. The plane was spotted refuelling at 3 Wing Bagotville, Que., on Sept. 16 as it travelled from Airbus Defence and Space facilities in Spain.

A maintenance training variant of the aircraft was delivered to Comox in February by an Airbus flight crew and will be disassembled and reassembled inside 418 Search and Rescue Operational Training Squadron’s new training centre. This will allow technicians to gain hands-on experience with parts and systems installation before working on operational aircraft.

“With the arrival of this aircraft in Canada, several key activities at CFB Comox will begin to support the transition of the Canadian fixed-wing search and rescue responsibility to the CC-295,” the spokesperson said in an email to Skies. “This includes the start of aircrew training, operational testing, and the opening of the new training facility.”

The CC-295 is replacing six CC-115 Buffalos that entered service almost 50 years ago and several of the 12 CC-130 H-model Hercules aircraft that perform a search and rescue role. Airbus was awarded contracts valued at up to $4.7 billion in December 2016 for acquisition and in-service support.

Production was disrupted in the spring by the COVID-19 pandemic, but has since resumed, DND confirmed. Aircraft are expected to roll off the production line at an average rate of five per year until mid-2022. The final aircraft should be delivered to the RCAF by that fall.

“Each of the aircraft (including the new search and rescue equipment on board and communications systems) must complete Initial Operational Capability preparations and testing to be ready for service,” said the spokesperson. “This means passing all tests, evaluations, and inspections, and includes that our people have been trained to operate and maintain the aircraft, allowing them to assume search and rescue responsibilities with the CC-295 aircraft. With better knowledge of this required work and the added impacts of COVID-19, we now expect to start assuming search and rescue responsibilities in 2022.”

While the Air Force has yet to give the bright yellow aircraft its moniker, Canadians were asked to vote on one of five potential names in 2019: Canso II, Guardian, Iris, Kingfisher and Turnstone.