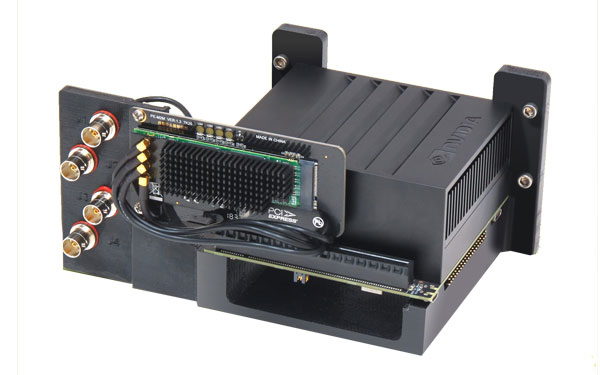 Dan Mor, HPEC and GPGPU product line manager at Aitech, noted, “By closely focusing on compatibility with the new A178, we can deliver an NVIDIA Jetson Xavier-based evaluation platform today that provides a seamless transition from the development environment to a fully-deployed, military-qualified or industrial GPGPU deep learning system.”

Several critical elements come standard in the new EV178 to help reduce system costs and development time as well as solve early-adopter integration issues.  It comes with preinstalled Linux L4T (Linux for Tegra) software as well as video capture and I/O drivers and sample applications in addition to a composite or HD-SDI frame grabber and all the necessary cabling to start the development process right out of the box.

Mor continued, “In the AI industry, where data processing complexity just keep growing, it was important that our customers could implement the new NVIDIA CUDA-based AI technology on an NVIDIA Jetson Xavier-based development platform as quickly and effectively as possible, with little to no downtime.”

By using NVIDIA’s Jetson Xavier system on module (SoM), the EV178 provides the best available performance per Watt in any GPGPU-based development platform.  For an 8-bit Integer (INT8), the SoM provides 733 GOPS/W (Giga operations per second per Watt) and up to 366 GLOPS/W (Giga floating point operations per second per Watt) for a 16-bit floating point (FP16).

The EV178 boasts a wide range of onboard resources and I/O to accommodate multiple development environments. These include Gigabit Ethernet, USB 3.0, discrete I/O, HDMI outputs, UART serial and CANbus. Four channels of SDI (SD/HD) are simultaneously available or the user can access eight simultaneous channels of composite video (RS-170A [NTSC]/PAL).

Standard memory resources include a full 16 GB of LPDDR4 SDRAM as well as 32 GB of eMMC (extended Multimedia Card) Flash memory as a boot source.  Onboard temperature sensors and dynamic voltage and frequency scaling are also offered as standard on the EV178.