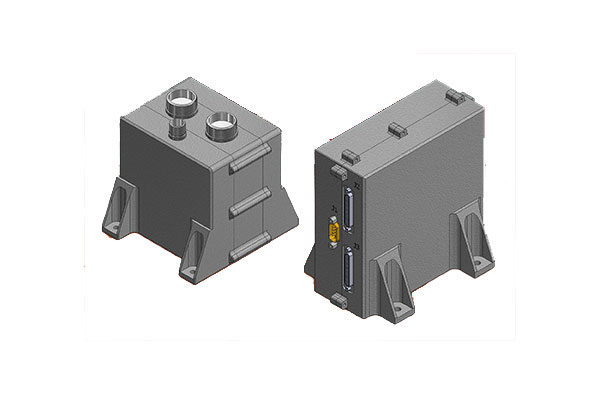 Chatsworth, Calif. April 2017 – Aitech Defense Systems Inc. has developed a new method of providing high performance, application-specific remote I/O management through the use of expansion modules, or “slices,” in the new rugged, space-qualified Ai-RIO.  Through its modular, small form factor (SFF) structure, the remote I/O interface unit (RIU) is a system-of-systems that provides a new level of scalable intelligence that meets specific user requirements and adapts to evolving application needs.

Versatile Modularity for Scalable Intelligence
The Ai-RIO is easy expandable, with up to eight units networked together, for unprecedented functionality in a compact space.  Added capabilities include I/O, power switching, mass/SD FLASH memory as well as other functionalities.

Offering one of the widest ranges of I/O available in a SFF platform, the remote I/O sub-system includes a Gb Ethernet port with precision time sync IEEE-1588 support, ten RS-422 ports (eight of which are RS-422/485), an additional eight LVDS or RS-422/485 UARTS as well as four SpaceWire ports with LVDS I/O, two CANbus ports and sixteen GPIO in two blocks of eight.

The housing is constructed of 6061/T6 flight grade aluminum and is based on a common 5.5″ x 5.5″ x 1.2″ small form factor. The expansion modules can be single- or double width, incorporating one or two PWBs, respectively, measuring between 1″ and 2″, depending on connector width and type and module/”slice” board count.

External connectors can be either micro D-Subs for space applications or standard micro MIL-DTL-38999 circular military connectors for use in defense environments.  The base unit configuration weight of an Ai-RIO is only 3.75 lbs with a power dissipation of less than 12 W.

Additional System Support
Each of the two e500 cores within the processor are monitored by its own watchdog timer that generates an internal CPU interrupt after the first expiration period or a hardware reset after a second timeout. A third external watchdog timer is located in the rad-tolerant FPGA that, when enabled, resets the entire subsystem after the first expiration period of the internal timers.

The Ai-RIO features onboard temperature sensors as well as A/D voltage and current monitoring with built-in test (BIT) for high reliability.  The unit has been tested and characterized directly by Aitech for radiation effects over 25 krads(Si) TID at varied flux rates.  The P1020 processor is immune to latch up, with other components meeting the heavy ion Linear Energy Transfer threshold (LETth) of at least 37 MeV-cm2/mg.

The Ai-RIO Series 100 lab-grade software development units will be available in Q2’17.