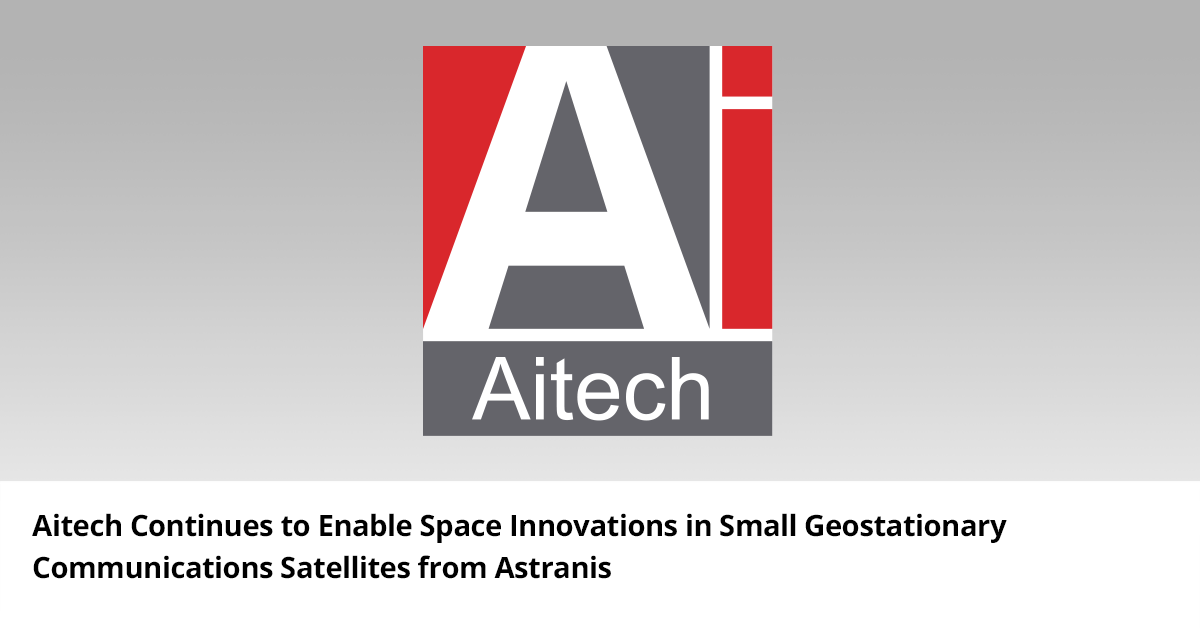 Chatsworth, Calif. July 2021 – Aitech, a leading provider of rugged board and system level solutions for military, aerospace and space applications, has announced that its mission-critical, space rated flight computers will enable communications technologies onboard the second production block of small satellites being developed by Astranis.

This next production block of satellites includes an upgraded payload that drives higher throughput and various bus improvements to extend satellite lifetime. Astranis develops proprietary core technology, such as the software-defined radio (SDR) and procures mission-critical components from highly accomplished aerospace partners, like Aitech, which also provided flight computers for the first satellites that Astranis developed.

Aitech has spent more than thirty years developing rugged, reliable and space-rated electronics systems and components for use in a variety of government, commercial and private space programs.  The company continues to develop cost-effective COTS-based and custom integrated systems, depending on radiation and mission requirements, giving the company the ability to offer an extensive array of space solutions with the backing of several decades worth of engineering experience.

In addition to the Astranis small satellite program, Aitech provides other space-rated integrated systems for missions in virtually every orbit.  Most notably, the company’s rocket motor controller (RMC) unit is on the Virgin Galactic VSS that successfully carried Virgin Galactic founder, Richard Branson, on the Unity 22 90-minute suborbital flight, further demonstrating the success of the SpaceShipTwo spaceplane.